An insect repellent (also commonly called “bug spray“) is a substance applied to skin, clothing, or other surfaces to discourage insects (and arthropods in general) from landing or climbing on that surface. Insect repellents help prevent and control the outbreak of insect-borne (and other arthropod-bourne) diseases such as malaria, Lyme disease, dengue fever, bubonic plague, river blindness, and West Nile fever. Pest animals commonly serving as vectors for disease include insects such as flea, fly, and mosquito; and the arachnid tick.[citation needed]

Some insect repellents are insecticides (bug killers), but most simply discourage insects and send them flying or crawling away. Almost any might kill at a massive dose without reprieve, but classification as an insecticide implies death even at lower doses.

Synthetic repellents tend to be more effective and/or longer lasting than “natural” repellents.[1][2]

In 2015, Researchers at New Mexico State University tested 10 commercially available products for their effectiveness at repelling mosquitoes. On the mosquito Aedes aegypti, the vector of Zika virus, only one repellent that did not contain DEET had a strong effect for the duration of the 240 minutes test: a lemon eucalyptus oil repellent. All DEET-containing mosquito repellents were active.[4]

In one comparative study from 2004, ethyl butylacetylaminopropionate was as effective or better than DEET in protection against Aedes aegypti and Culex quinquefasciatus mosquitoes.[5] Other sources (official publications of the associations of German physicians[6] as well as of German druggists[7]) suggest the contrary and state DEET is still the most efficient substance available and the substance of choice for stays in malaria regions, while ethyl butylacetylaminopropionate has little effect. However, some plant-based repellents may provide effective relief as well.[1][2][8] Essential oil repellents can be short-lived in their effectiveness.[9]

A test of various insect repellents by an independent consumer organization found that repellents containing DEET or picaridin are more effective than repellents with “natural” active ingredients. All the synthetics gave almost 100% repellency for the first 2 hours, where the natural repellent products were most effective for the first 30 to 60 minutes, and required reapplication to be effective over several hours.[10]

Although highly toxic to cats, permethrin is recommended as protection against mosquitoes for clothing, gear, or bed nets.[11] In an earlier report, the CDC found oil of lemon eucalyptus to be more effective than other plant-based treatments, with a similar effectiveness to low concentrations of DEET.[12] However, a 2006 published study found in both cage and field studies that a product containing 40% oil of lemon eucalyptus was just as effective as products containing high concentrations of DEET.[13] Research has also found that neem oil is mosquito repellent for up to 12 hours.[8] Citronella oil’s mosquito repellency has also been verified by research,[14] including effectiveness in repelling Aedes aegypti,[15] but requires reapplication after 30 to 60 minutes.

There are also products available based on sound production, particularly ultrasound (inaudibly high-frequency sounds) which purport to be insect repellents. However, these electronic devices have been shown to be ineffective based on studies done by the United States Environmental Protection Agency and many universities.[16] 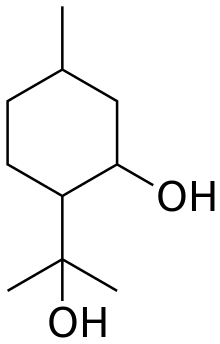 Some experts also recommend against applying chemicals such as DEET and sunscreen simultaneously since that would increase DEET penetration. Canadian researcher, Xiaochen Gu, a professor at the University of Manitoba’s faculty of Pharmacy who led a study about mosquitos, advises that DEET should be applied 30 or more minutes later. Gu also recommends insect repellent sprays instead of lotions which are rubbed into the skin “forcing molecules into the skin”.[17]

Regardless of which repellent product used, it is recommended to read the label before use and carefully follow directions.[18] Usage instructions for repellents vary from country to country. Some insect repellents are not recommended for use on younger children.[3]

In the DEET Reregistration Eligibility Decision (RED) the United States Environmental Protection Agency (EPA) reported 14 to 46 cases of potential DEET associated seizures, including 4 deaths. The EPA states: “… it does appear that some cases are likely related to DEET toxicity,” but observed that with 30% of the US population using DEET, the likely seizure rate is only about one per 100 million users.[19]

The EPA states that citronella oil shows little or no toxicity and has been used as a topical insect repellent for 60 years. However, the EPA also states that citronella may irritate skin and cause dermatitis in certain individuals.[21] Canadian regulatory authorities concern with citronella based repellents is primarily based on data-gaps in toxicology, not on incidents.[22][23]

Within countries of the European Union, implementation of Regulation 98/8/EC,[24] commonly referred to as the Biocidal Products Directive, has severely limited the number and type of insect repellents available to European consumers. Only a small number of active ingredients have been supported by manufacturers in submitting dossiers to the EU Authorities.

In general, only formulations containing DEET, icaridin (sold under the trade name Saltidin and formerly known as Bayrepel or KBR3023), ethyl butylacetylaminopropionate (IR3535) and citriodiol (p-menthane-3,8-diol) are available. Most “natural” insect repellents such as citronella, neem oil, and herbal extracts are no longer permitted for sale as insect repellents in the EU due to their lack of effectiveness; this does not preclude them from being sold for other purposes, as long as the label does not indicate they are a biocide (insect repellent).[citation needed]

A 2018 study found that Icaridin, is highly toxic to salamander larvae, in what the authors described as conservative exposure doses.[25] The LC50 standard was additionally found to be completely inadequate in the context of finding this result.[26]

Permethrin is highly toxic to cats but not to dogs or humans.[27]

Oil Jar in cow horn for mosquito-repelling pitch oil, a by-product of the distillation of wood tar. Carried in a leather strap on a belt. Råneå, Norrbotten, since 1921 in Nordiska museet, Stockholm.[32]

Mosquito repellent made from plants

Several natural ingredients are certified by the United States Environmental Protection Agency as insect repellents, namely catnip oil, oil of lemon eucalyptus (OLE) (and its active ingredient p-Menthane-3,8-diol), oil of citronella, and 2-Undecanone, which is usually produced synthetically but has also been isolated from many plant sources.[37]

Many other studies have also investigated the potential of natural compounds from plants acts as insect repellents.[38][39][40] Moreover, there are many preparations from naturally occurring sources that have been used as a repellent to certain insects. Some of these act as insecticides while others are only repellent. Below is a list of some natural products with repellent activity:

Some old studies suggested that the ingestion of large doses of thiamine could be effective as an oral insect repellent against mosquito bites. However, there is now conclusive evidence that thiamin has no efficacy against mosquito bites.[70][71][72][73] Some claim that plants such as wormwood or sagewort, lemon balm, lemon grass, lemon thyme, and the mosquito plant (Pelargonium) will act against mosquitoes. However, scientists have determined that these plants are “effective” for a limited time only when the leaves are crushed and applied directly to the skin.[74]

There are several, widespread, unproven theories about mosquito control, such as the assertion that vitamin B, in particular B1 (thiamine), garlic, ultrasonic devices or incense can be used to repel or control mosquitoes.[71][75] Moreover, manufacturers of “mosquito repelling” ultrasonic devices have been found to be fraudulent,[76] and their devices were deemed “useless” according to a review of scientific studies.[77]

People can reduce the number of mosquito bites they receive (to a greater or lesser degree) by: